Friends Ben Rose, Cega Wang and Scott Lintern from Perth found themselves in a situation of nightmares after the lift they were in got stuck going up the one floor to their rooms.

Add in 38 degree heat, 99% humidity and the unavoidable urge to use the bathroom after a giant curry feast… the situation escalated quickly.

“We were going up the lift and there was a bit of a surge and we had a bit of a joke, but then the emergency lights came on,” Mr Rose told NT News.com.au.

“The scariest part of it was when the English guy apologised in advance for flatulence.” 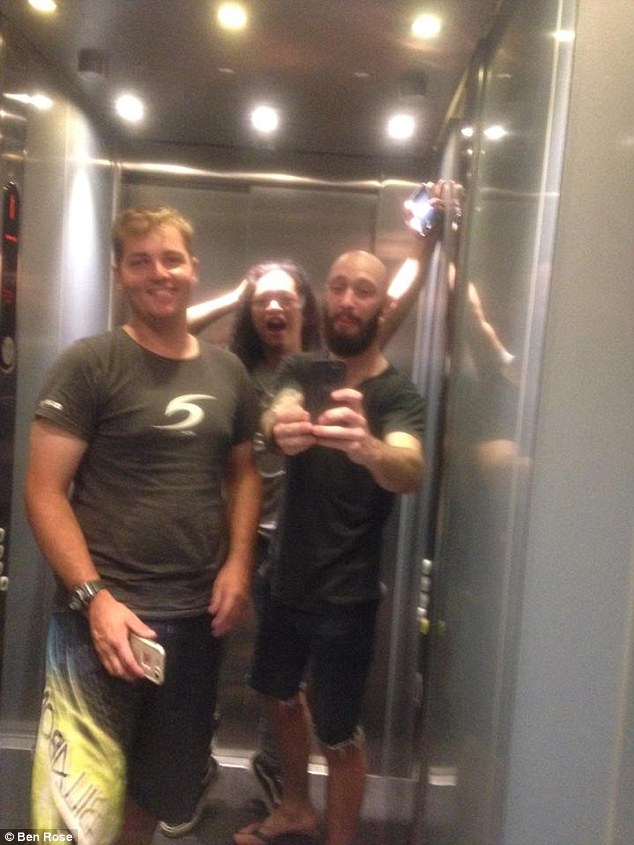 Thankfully the guys seemed to have taken it well, attempting to order beers from the pub next door to make the experience more bareable.

While the beers could not be delivered through the lift doors, they allegedly “gave it a crack”.

As for the flatulence…

“He apologised a quarter of a second before he let it rip,” Mr Rose recalled.

“There was quite a bit of flatulence. I was ropeable.

“And then we realised the oxygen was pretty low.

“Cega was already saying he might need to wee in the ­corner.”

The ordeal has obviously been sketched into their memory forever, going by the way they described it!

“We were struggling to breathe after Scotty’s little effort, there was a smell in that lift that I thought would outlast religion,” Mr Rose told Daily Mail.

“Cega was deep breathing through a tiny crack in the elevator with tears in his eyes. He hasn’t spoken to us since.

“It’s been a long recovery after that day, but we’re getting there.”

In true Aussie spirit, once released Rose and Lintern celebrated with a beer…

“Luckily we’re all pretty brave blokes, I mean, the worst case scenario we were only going to fall half a floor,” Mr Rose said.

Wang on the other hand allegedly ran for the bathroom.

We don’t blame him.