Noah’s mum Amy Brigdale hadn’t recognised the similarity until she uploaded a photo of her son to social media received comments highlighting the freaky resemblance!

Viralthread reports she said “People started commenting ‘Doesn’t he look like Prince George?’ and when I took a closer look I could see what they meant. Sometimes he gets so much attention it’s like he’s the real Prince! It’ll be interesting to see if they carry on looking similar as they grow up.”

However Noah’s fame was shortly lived when another social media pic went viral of yet ANOTHER Prince George lookalike (below). 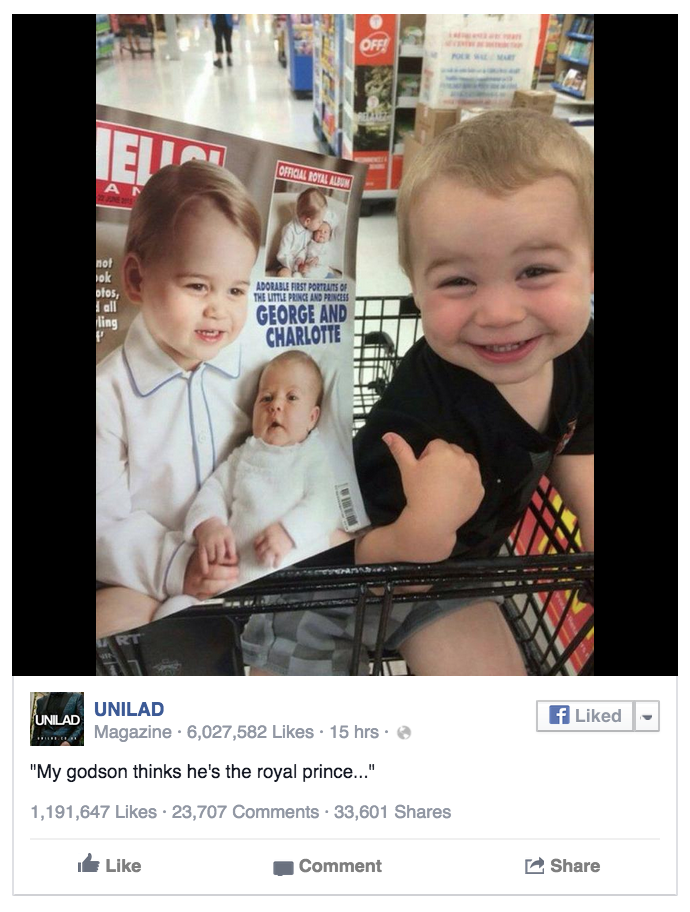